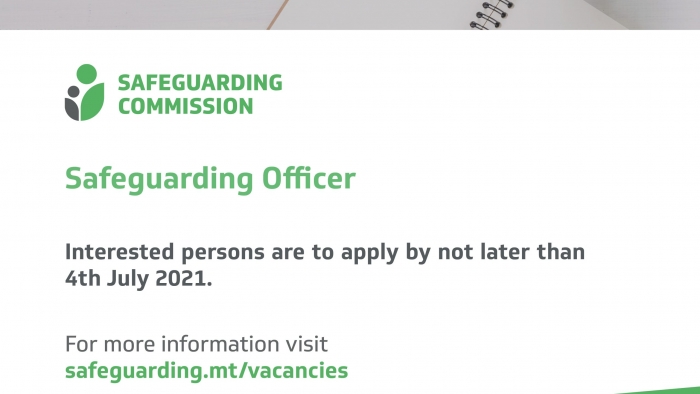 Interested persons are to apply by not later than 4th July 2021. 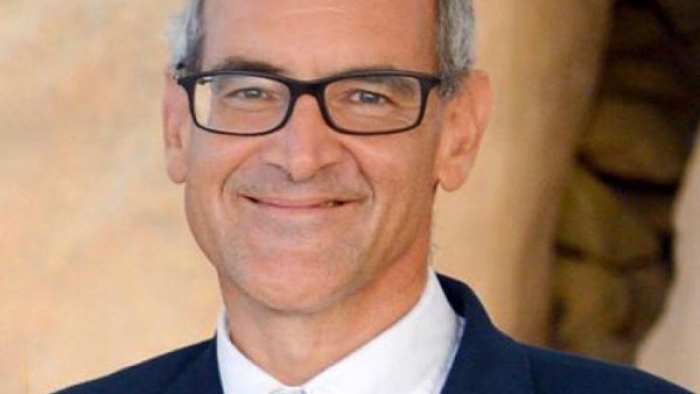 Dr Joseph Cassar is a consultant psychiatrist who graduated as a medical doctor from the University of Malta and pursued his psychiatry training at Yale University, USA graduating as psychiatrist in 1998 and furthering his training in consult liaison psychiatry obtaining a fellowship in the field in1999. He is a senior lecturer at the University of Malta and is presently working at Mater Dei Hospital co-leading in emergency psychiatry and consult liaison psychiatry. He is a court expert in a number of cases involving alleged child and adolescent abuse in Malta and Gozo. This year the episopcal conference nominated him as President of Cana Movememt.

The Safeguarding Commission confirms that it has passed on the information it has received about the alleged case of child abuse involving two Gozitan Priests to the Police.

The Church Commission urges anyone who is aware of any alleged abuse to report directly to the Police and to contact the Safeguarding Commission on info@safeguarding.mt

THE ANNUAL REPORT OF THE SAFEGUARDING COMMISSION

Following the recommendation of the Safeguarding Commission,  the Church imposed a restriction on 4 persons in 2018, and a restriction on one other person in 2019. These involved diocesan priests, religious priests and lay persons, where an allegation of sexual abuse was substantiated. Three other restrictions concerned physical and emotional abuse, and poor practice. Andrew Azzopardi, the Head of the Safeguarding Commission, explained that all these cases were referred to civil authorities.

Whilst presenting the Commission’s annual report, Andrew Azzopardi explained that the Church is proactive in reporting cases to the police or social services to ensure that allegations of abuse are also investigated by the competent civil authority.

Besides this initiative which was well received, the Commission continued its safeguarding training for Church personnel. During 2018 and 2019, a total of 966 teachers, catechists, priests, religious, seminarians and volunteers were trained. As part of its vetting process required by Law for any organisations working with minors, the Commission verified that 4,451 people received clearance to work with minors.

Over the last two years, the Safeguarding Commission conducted a review of the Church’s safeguarding policy and is in the process of having it published early next year. This follows a thorough consultation with victims, service users of various Church entities, statutory agencies and key stakeholders: the Commissioner for Mental Health, the Directorate for Child Protection, the Malta Police Force, the Office of the Commissioner for Children, and the Social Care Standards Authority.

The Commission concluded 17 assessments involving minors. Out of these, six were substantiated, one was a matter of poor practice, four were unfounded, two were unsubstantiated, one involved someone who was not Church personnel, and three were referred to a third party as they were not a safeguarding concern.

The Commission concluded 10 assessments involving vulnerable adults out of which seven were referred to third parties as they were not a safeguarding concern, one was unsubstantiated, one was unfounded and one involved poor practice.

The Safeguarding Commission concluded eight assessments involving minors, out of which two were substantiated, two were unsubstantiated and one was not Church personnel. One more complaint involved someone who was deceased and two involved complaints where it was not possible to identify the person concerned due to lack of information.

The Commission concluded three assessments involving vulnerable adults of which two were unsubstantiated and one was unfounded.

Andrew Azzopardi reiterated the call for the setting up of a centralised authority to share information between organisations on people who may pose a risk to children and vulnerable adults. He explained that the experience of the Church over the past few years has shown that the only way to truly support and empower victims of abuse is by facing this scourge in a transparent way.